The International Society of Aesthetic Plastic Surgeons released its worldwide statistics for 2015 which are interesting for the following reasons. 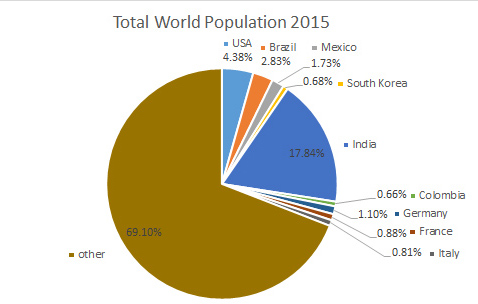 In 2015 the USA, Brazil, Mexico and South Korea accounted for 9.6% of the world’s population. 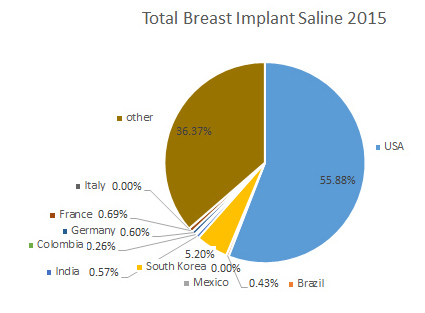 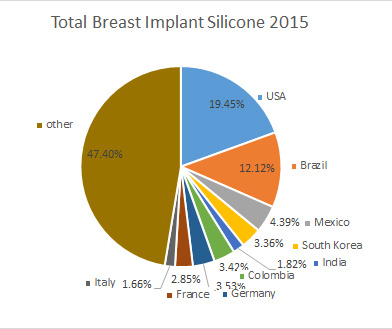 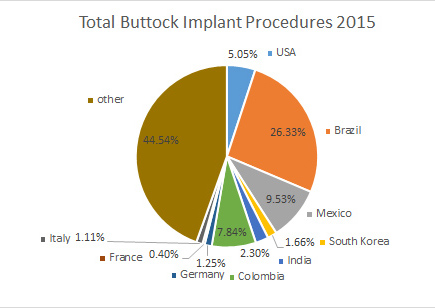 While brazil accounted for 26% of the world’s buttock implant placements. 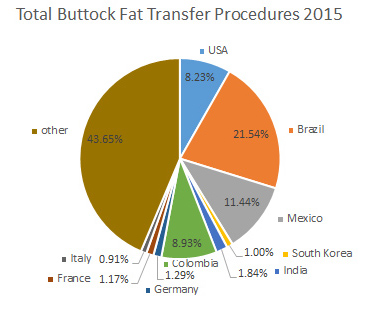 And
21% of its buttock fat grafts. 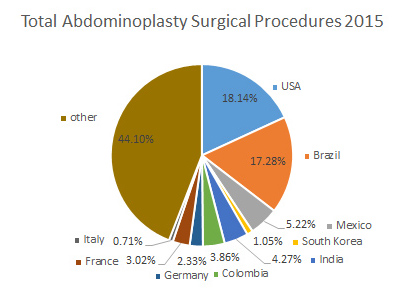 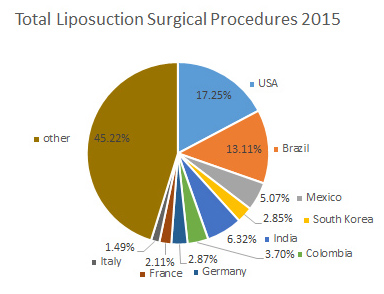 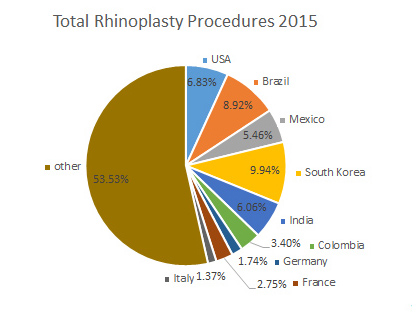 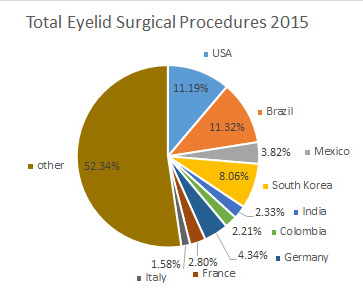 and 8% of its eyelid surgeries. 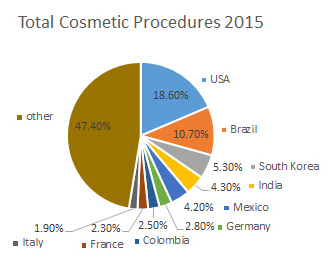 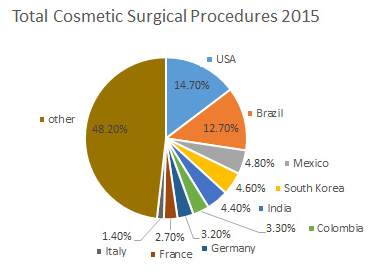 The US and brazil were tops in surgical procedures but significantly more botox, fillers and other non-surgical cosmetic treatments were performed in the US. In summary for 2015 the south Koreans did proportionately more eyelid and nose surgery, the US breast and body procedures and Brazil did proportionately more buttock implants or fat grafts and body procedures. This is a reflection of what is considered better looking in each country relative to a baseline of their untreated population.