, an analyzer of American city demographics, to produce a yearly ranking of US cities with respect to skin aging and wrinkling. In their analyses the top 5 factors contributing to skin aging/wrinkling are low winter temperatures, extreme weather temperatures, commuter times, sunny days (UV exposure), and elevation. Other contributors are stressful living, dry heat, ozone pollution, sleep deprivation and smoking rates. Although UVB is blocked by glass up to 72% of the UVA radiation of the sun, that which damages and ages the skin, still penetrates ordinary glass. So those with long commutes have significant sun exposure. The risks for skin wrinkles obviously overlaps with skin cancer risks. In 2015 New York was the most wrinkle prone and Alaska was the least most wrinkle prone state. California came in at 36th , Texas at 38th and Florida at 32nd. 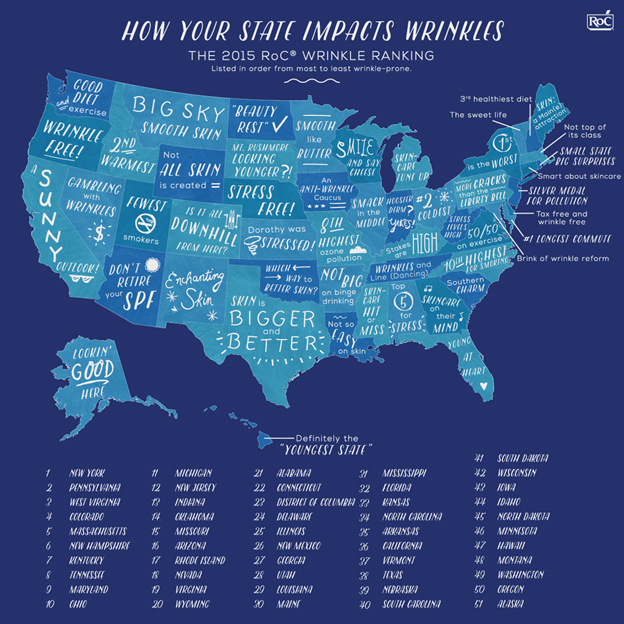 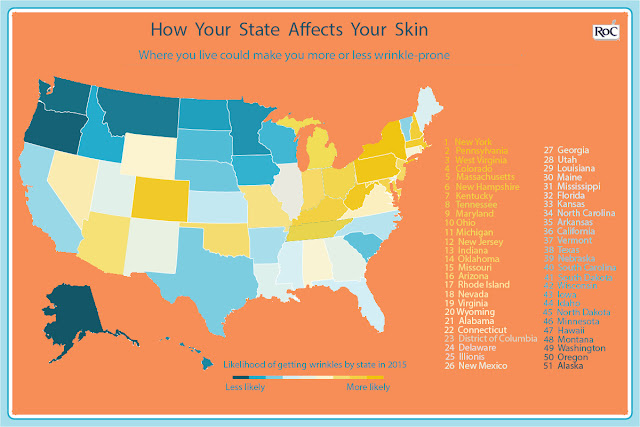 Their 2014 Wrinkle Risk rankings by city from worst to best (smaller number is more wrinkle prone) of the 50 Largest U.S. Metro Areas were:
1. Riverside-San Bernardino-Ontario, California

Riverside and San Diego are only two hours apart, but on opposite ends of the Wrinkle Ranking scale. Because Riverside has an above average number of hot, dry, sunny days with a lengthy commute (14% higher than average), while San Diego has a mild Pacific climate. New York residents have the longest commute (35% higher than average), are exposed to the top third of ozone and particulate pollution and have the third-highest number of sleepless nights. Denver earned the sixth position for scoring highest in the Environment category. Mile-High City’s residents have one of the highest skin cancer rates due in part to the thin air which is less able to absorb skin-damaging UV rays. It also has the second-lowest humidty and the 6th-highest level of ozone pollution. Chicago metro area earns its #7 spot with long commutes (31.1 minutes each way, average is 27.4) and working more hours per week than average. Chicago also ranks high for stress (with an unemployment rate of 9.7%, average is 7.5%, plus alcohol use is high with 15.1 drinks per month reported, compared to an average of 12.7 drinks), sleepless nights (8.0 nights per month with poor sleep, average is 7.7), extreme temperatures and particulate pollution is in the top 20%. 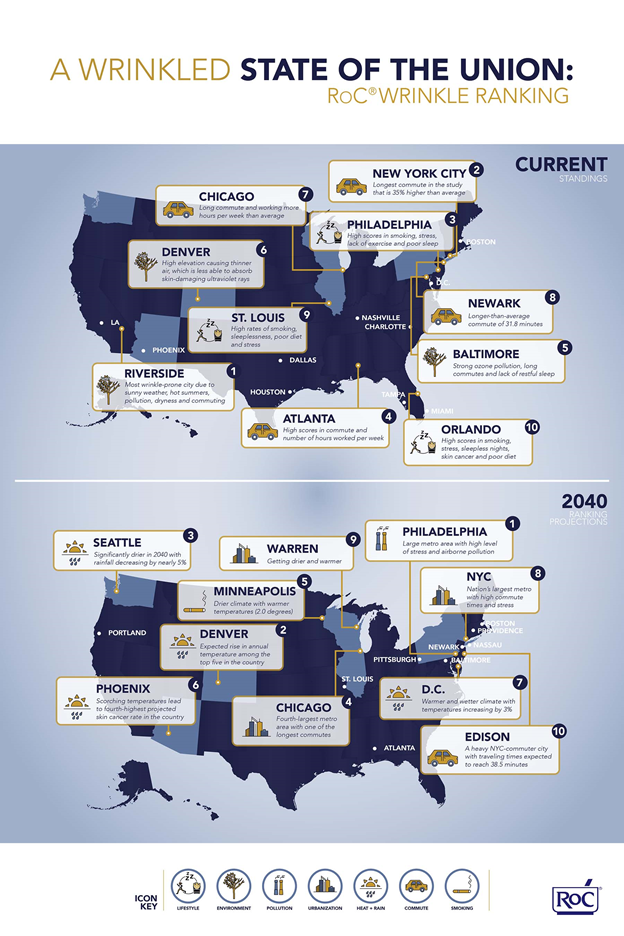