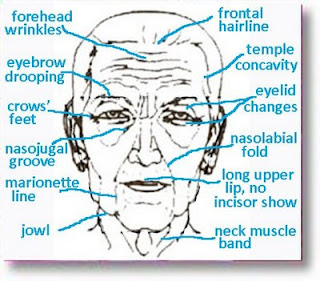 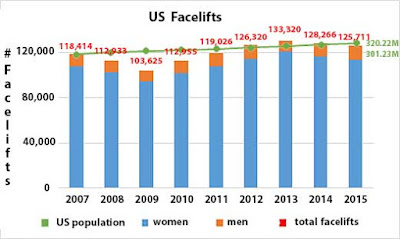 Despite that and correcting for the 2008-2009 recession between 2007 and 2015 the population increased by 6.3% while the number of facelifts per year increased by only 6.1%. The percentage of the population undergoing facelift surgery appears to be a relative constant.

New Botox Available in US in September 2010Medical Tourism - Going Abroad for Discount Plastic SurgeryLabiaplasty and VaginoplastyTopical Botox GelBlood Clots, Venous Thromboembolism, Pulmonary Embolus and Cosmetic SurgeryAwake Cosmetic Surgery - Surgery Without AnesthesiaOpioid Prescriptions and Pain Following Surgery.Armpit Rolls and Tail of the BreastTips for Bikini Line Laser Hair RemovalBody Dysmorphic Disorder - BDD and Plastic SurgeryFat Grafting vs. Chin Implant11 Reasons for Not Having Plastic SurgeryControlling Pain After Cosmetic SurgeryBandages and Dressings for #HidradenitisSuppuritivaBreast Reconstruction with Aeroform Tissue Expander
This website uses cookies to improve your experience. We'll assume you're ok with this, but you can opt-out if you wish. Cookie settingsACCEPT
Privacy & Cookies Policy