Breast cancer forms in tissues of the breast, usually the ducts (tubes that carry milk to the nipple) and/or lobules (glands that make milk). 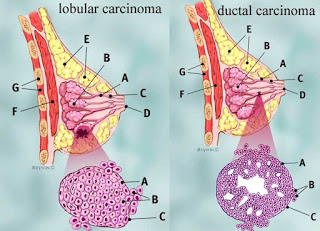 It existence was acknowledged thousands of years ago. The ancient Egyptians in 1600BC described it as a “coagulum of black bile” within the breast and thought that getting rid of the excess bile¬ — through surgery, special diets, purging or even attaching leeches to draw out the bad blood— could cure the disease. In 1889, American surgeon William Halsted, a founder of renowned Baltimore teaching hospital Johns Hopkins, performed the first radical mastectomy removing the breast and underlying chest muscle in an attempt to cure the disease. It was not until the introduction of breast implants in 1963 that any reasonable breast reconstruction could be performed.

It is a disease that effects rich and poor. Celebrities like Sheryl Crow, Christina Applegate and Sharon Osbourne have had breast cancer surgery. The surgery involves

It is followed in many cases by chemotherapy and/or radiation therapy. Some surgeons will spare the nipple in certain cases. Once removed the plastic surgeon is called upon to make a new breast i.e. reconstruct the breast and if necessary the nipple. Reconstruction can be “immediate,” performed at the same time as the mastectomy, or “delayed,” performed in a separate surgery later. From the late 1990s to the late 2000s, the rate of immediate reconstruction after mastectomy increased from about 21% to 38%–an average increase of 5% per year. The field of breast reconstruction has made major advances over the last 25 years. The reconstruction can involve

Breast reconstruction is currently very different than it was in 1963 when breast implants were first introduced and currently include:

Tissue expander reconstruction with later replacement of expander with an implant. 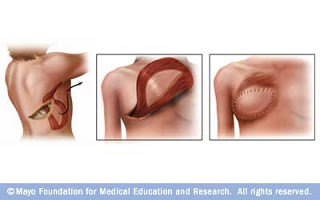 Latissimus dorsi (LD) muscle from the back moved to the front with or without an implant. 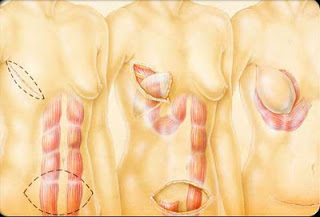 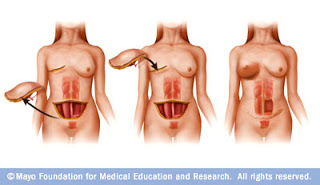 Free flap reconstructions where skin and fat from the lower abdomen or elsewhere on the body is moved to the chest and the blood vessels attached in their new location.

In the early 1990s health insurance companies began denying coverage for breast reconstruction surgery citing that the cancer was medically necessary but the reconstruction was not. It took an act of congress passed in October 1998 (Womens’ Health and Cancer Rights Act) requiring group health plans and health issuers that provide medical and surgical benefits with respect to medically necessary mastectomy for breast cancer, to cover the cost of reconstructive breast surgery for women who have undergone a mastectomy. The law states:

The Belinda Stronach Chair in Breast Cancer Reconstructive Surgery was created at Toronto General Hospital in November 2007. However as of 2012 no one has been appointed to the position. The delay is due to lack of funding in that after 5 years only half of the required money had been raised. However some of the funds have gone towards research, training fellowships for surgeons and patient education. Few surgeons in Canada do the more extensive procedures because of poor reimbursement.

See the online booklet What You Need To Know About™ Breast Cancer to learn about breast cancer types, staging, treatment, and questions to ask the doctor.

GynecomastiaCosmetic Surgery After SplenectomyRadiesseMid-Facelift Vertical FaceliftMommy Makeover Abdominoplasty with Pelvic ...11 Reasons for Not Having Plastic SurgeryMalar BagsDr. Stone's Social Networking LinksFat Grafting vs. Chin ImplantBreast Implants and Breastfeeding
This website uses cookies to improve your experience. We'll assume you're ok with this, but you can opt-out if you wish. Cookie settingsACCEPT
Privacy & Cookies Policy