Researchers at the UCL Elizabeth Garrett Anderson Institute of Women’s Health, University College Hospital in London, England looked at the first 5 websites that appeared on Google searches for female genital cosmetic surgery in the US and the UK. They then assessed the content of those sites for different criteria including what and how procedures were carried out, success rates, potential risks, terms used to describe the procedures. 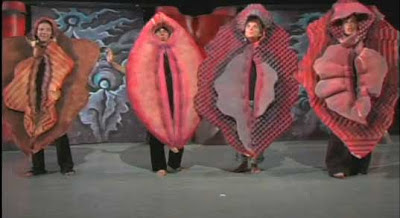 They found that there was no consistency in terms used to describe the procedures or what the procedures actually involved. The terms used to describe procedures included “labioplasty” and “liposculpting” to “hoodectomy” “G spot enhancement” “vaginoplasty” “revirgination” “vaginal rejuvenation” and “hymenoplasty” which are actually all completely different procedures. Only 6 of the 10 listed possible complications of the surgery and none listed an age below which the procedure would be inappropriate. It is particularly disturbing that 343 such operations were performed on girls aged 14 or under in the UK between 2006 and 2012. The indications for surgery in this group of children are unknown, but labial anomalies requiring surgical interventions are extremely rare. A study last year revealed more than 2,000 women a year are receiving labial reduction or reshaping operations on the NHS. That is almost a 6 fold increase in one year vs. an earlier 7 year period. In the United States Plastic Surgeon performed aesthetic vaginal surgery on an estimated 5200 women in 2010. A 1996 US federal law also bans FGM and states that it is a federal crime to perform genital surgery on a
girl who is younger than 18 years.

The listed benefits of surgery were more youthful better appearing genitalia, reconstitution of virgin structures, improved personal hygiene, lowered risk of infection, enhanced sexual pleasure, restored confidence and improved self esteem. However, other than reconstitution of virgin structures none of these listed benefits have never been proven to be sufficiently dependent on any of these procedures to make this claim valid. No evidence-based data have been published to date that support these procedures.

Hardly any mentioned that women’s vulvas naturally differ from one another in size and appearance, the appearance constantly changes at part of the aging process and that a broad variety of appearances are normal.

According to the study, women typically seek genital cosmetic surgery because they’re not happy with the way they look in that area or because they think surgery might help them or their partners achieve greater sexual satisfaction. Their work appears in the “Obstetrics & Gynaecology” edition of the on-line journal BMJ Open. On RealSelf searches for labiaplasty increased 22% in 2012 compared to 2011.

Published complication rates range anywhere from 4% to 18%. Complications include pain with sex, bleeding, scarring, and improper healing. If the tightening is too extreme tissue can tear whenever the patient has sex and cause pain.

December 31, 2013 Addendum:
The Society of Obstetricians and Gynecologists of Canada issued the policy statement that there is “little evidence to support any of the female genital cosmetic surgeries in terms of improvement to sexual satisfaction or self-image.” and doctors should not promote such practices as a way to enhance sexual function. They also expressed concern that some patients may be coerced into it by their partners.

Care After SurgeryAwake Cosmetic Surgery - Surgery Without A...Browlift - ForeheadplastyCosmetic Surgery for Men Increased in 2010Excess SkinNew US Federal Tax on Cosmetic SurgeryKeloid - AbdomenRedo NeckTreatment of Scars, Moles, Age SpotsBrazilian Butt Lift - Buttock Augmentation...
This website uses cookies to improve your experience. We'll assume you're ok with this, but you can opt-out if you wish. Cookie settingsACCEPT
Privacy & Cookies Policy