An intrauterine device is a small contraceptive device, often ‘T’-shaped, often containing either copper or levonorgestrel, which is inserted into the uterus. 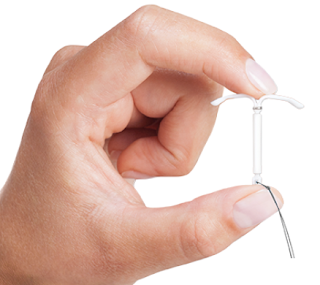 On its website, CNN (1/25/2017, Cohen) reports that since President Trump won the election, more and more women have been getting IUDs, or intrauterine devices, as they fear that getting IUDs will no longer be free after the ACA (Obamacare) is repealed. According to Cecile Richards, president of Planned Parenthood, since early November 2016, the number of women trying to get into to get an IUD has increased 900 percent.
Similarly, CNBC (1/25/2017, Mangan) reports on its website that from October to December 2016, doctor office visits that were coded for either insertions or management of intrauterine devices rose by about 19 percent. This was the first time in years that IUD procedures and follow-up visits increased in both November and December of a given year. The implications on women undergoing Plastic Surgery especially with the increasing popularity of fat grafting and dermal fillers is important.

Actinomyces odontolyticus, gram positive bacteria that grow best under low or no oxygen conditions, have been isolated in female genital tract specimens from 4.8% of women fitted with intrauterine contraceptive devices, in 4% of women with pelvic inflammatory disease, and in 1.8% of women without pelvic inflammatory disease. Because of their poor growth in the presence of oxygen it can be hard to culture or grow them from wounds i.e. you can be infected by them with cultures that show no bacterial growth. Culture requires immediate specimen transport and prolonged anaerobic incubation. They are soil and water saprophytes that live off decaying organic matter and grow in unbranched or branched filaments of cells the way mold grows. 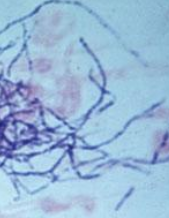 They form hard lumps in infected tissue that soften as they extend through the soft tissue forming multiple draining abscesses containing yellow colored granules composed of actinomyces microcolonies, cellular debris and associated microorganisms. These small granules may be seen as small masses on CT or MRI scans. In advanced cases they can destroy bone. 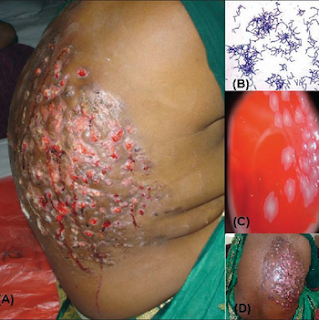 Actinomycosis infections are endogenous infections from mucous membranes i.e. you infect yourself. Since they live off decaying matter the combination of blood and injected fat is a perfect environment for them as some of the injected or grafted fat as in a Brazilian buttock lift is dying while awaiting for the ingrowth of blood vessels. When specimens are tested for their presence they are placed on blood agar gels because actinomyces thrive on blood. I am aware of one case where the actinomyces from an old IUD infected the buttocks after fat grafting – Brazilian buttock lift. After more than 6 months of treatment with multiple hospitalizations and operations that patient was left with deformed buttocks. Because the bacteria live off of dead tissue in areas of low oxygen and blood flow they can require 12 to 18 months of antibiotic treatment to clear.

The published recommendations for actinomycosis prophylaxis are oral hygiene and regular intrauterine device replacement. A review of patients with actinomycosis infections revealed the average number of years that the IUDs were in place was 5 years. Therefore if you have an IUD and develop an infection after any surgery it is imperative that the IUD be removed until the infection is cleared. If you have an IUD that is 5 or more years old have it removed before you undergo any elective non-superficial surgery. This problem is just rare enough for there to be a delay in diagnosis which will result in deformities. Diagnosis is often delayed and the yellow ‘sulfur granules’ are helpful but nonspecific for this infection.

To be forewarned is to be forearmed.

Brazilian Butt Lift - Buttock Augmentation...Treatment of Aging HandsLip Augmentation - How to make the lips fu...What is Botox?Free Fat GraftingBlood Clots, Venous Thromboembolism, Pulmo...Cosmetic Surgery After SplenectomyReconstruction After Breast Cancer SurgeryCosmetic Surgery in Patients Taking Steroi...Sickle Cell Disease and Cosmetic Surgery
This website uses cookies to improve your experience. We'll assume you're ok with this, but you can opt-out if you wish. Cookie settingsACCEPT
Privacy & Cookies Policy