The stretching of body piercings has been practiced for thousands of years presumably beginning shortly after humans started wearing jewelry. Mummified bodies with stretched earlobes have been discovered, including the oldest mummified body discovered to date: Ötzi the Iceman (3300BC). Gautama Buddha, an aristocratic and wealthy prince, had long stretched ears. He wore heavy gold earrings or precious stones as a status symbol, and the weight stretched his ear lobes dramatically. When he finally renounced his wealth and discarded his jewelry, his ear lobes were permanently stretched. As a way of remembering Buddha’s act of personal self-sacrifice in walking away from his wealth, all succeeding images of Gautama Buddha show his stretched ear lobes without jewellery. Ancient Egyptian pharaoh King Tutankhamen is of one of the earliest known to have stretched ear lobes. It can clearly be seen in one of his more famous images on his sarcophagus. African, Eurasian and American indigenous peoples did and do so for cultural, religious and traditional purposes. 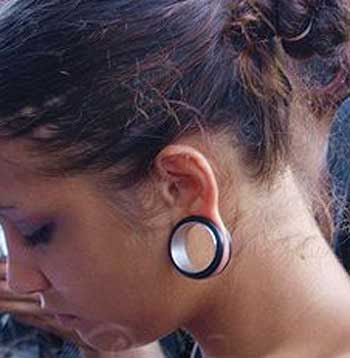 Instructions for doing so including instructional videos can easily be found on the internet. I recently received a call from a distraught father who tore his teenager’s stretched ear piercing during a heated argument over it. Eventually most individuals grow out of the desire for enlarged piercings, many do so for job or social reasons.

Dr Snell, of the Royal Adelaide Hospital Department of Plastic and Reconstructive surgery, in Australia has come up with a novel way to treat the problem. 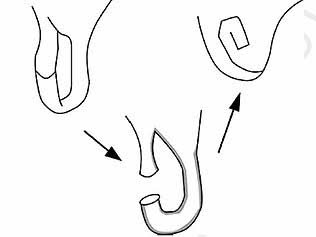 The bottom ring of the opening is rolled to fill the hole. 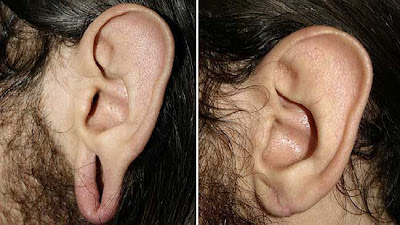 Closure of a 4cm Opening Using This Method

Mesotherapy, Lipo-Dissolve, or Injection L...Liposuction Can Result in More Fat Around ...Groupon and Discount Coupons for Cosmetic ...Read About Dr. StoneBlog SubscriptionWhen Looks Can Kill; Toxic Cosmetics to Av...Aesthetic Breast SurgeryTattoo RemovalAbout Me and My BlogLabiaplasty and Vaginoplasty
This website uses cookies to improve your experience. We'll assume you're ok with this, but you can opt-out if you wish. Cookie settingsACCEPT
Privacy & Cookies Policy