On Friday, March 9, US District Judge Andrew Guilford entered an injunction against Merz Pharmaceuticals in his Santa Ana, California court chambers. This prohibits Merz from selling filler products or Xeomin or soliciting the purchase of filler products or Xeomin in the facial aesthetic market for 10 months from the date of the order, except in limited circumstances. Merz has to also do a number of other things and report on these to the court in 6 month intervals for the next year in a half. This took place about a week before Merz was supposed to introduce Xeomin, a new direct competitor to Botox, at a major medical meeting in the US. 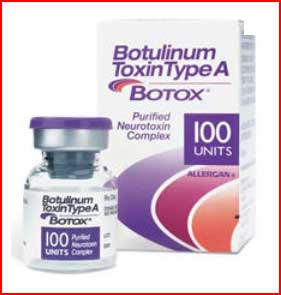 The FDA approved Merz Pharmaceutical’s, Xeomin, in July 2010, which would compete with Allergan’s Botox in the treatment of facial wrinkles. Merz then began hiring employees in anticipation of selling Xeomin nationwide. The problem was they hired employees directly away from Allergan. These employees came to Merz with extensive knowledge and experience in the sale of Botox and Allergan’s injectable fillers including sales lists, sales strategies, market analysis, competitive analysis etc. Reportedly, some Allergan employees signed contracts with Merz and then delayed giving final notice so they could e-mail company data to themselves. Allergan promptly initiated legal action on August 4, 2010 as hundreds of millions of dollars in sales per year were at stake.

In response to this a Merz lawyer gave all sales representatives a presentation on compliance and confidential information at a national sales meeting on August 5, 2010. In this presentation, they were told, “Merz aesthetic prohibits employees from disclosing confidential/proprietary information of previous employers.” However, only 3 days before this, a regional sales manager for Merz sent out an e-mail that said: “Competitive info- For those of you coming from a competitor or former competitor, please give as much info as you can on KOL’S” (Key Opinion Leaders) sales numbers, office volume, product info etc… (SIC) this will be very valuable for everybody in the region.” The e-mail then noted that all of the recipients had been blind courtesy copied “…so that [they] would remain anonymous and exit [their] current positions without any problem.” Eight days later, Merz’s regional sales representative received Allergan documents labeled “For Internal Use Only” and “For Your Information Only. Do Not Duplicate, Detail, Distribute, or Use in Any Promotional Manner.” If this is not corporate espionage resulting in the looting of Allergan’s confidential and propriety information I do not know what is.

That means Xeomin will not be available to the general public until 2013 and Judge Guilford’s order will likely not put an end to this litigation. Furthermore a 12-month ban on Xeomin sales could put Merz out of business. The real losers in this battle are the medical community and the general public as an effective medication that has been FDA-approved and has both aesthetic and therapeutic value will be withheld for many months to come leaving Allergan with a near monopoly market position.

Allergan also prevailed in two separate cases that were filed against Merz in Europe. In Germany, the Hamburg Regional Court ruled that Merz is prohibited from claiming a 1:1 dose equivalent ratio between units of Botox (onabotulinumtoxinA) and Xeomin. In Spain, Merz was found to be in breach of the Spanish Pharmaceutical Code for referring to a conversion ratio without making an express warning about the fact that the unit doses are not interchangeable.

William D. Humphries, CEO of Merz Inc, state “We regret that this ruling will affect physicians and patients as we believe that access to quality FDA-approved treatment options, including Xeomin, is a cornerstone of the US market. It is critical at this juncture to clarify that this lawsuit, which is commercial in nature and focuses specifically on alleged trade secrets, did not call into question the quality of Xeomin.”

Full compliance may allow for injunctive relief, at least in the US, after specific criteria are met, and enable the Merz to launch of XEOMIN in the US market.

Julio L. Garcia, M.D, a Las Vegas plastic surgeon, filed suit against Botox-maker Allergan at the end of 2011, claiming the Irvine California-based company sold the drug in large vials and encouraged physicians to unsafely reuse them. He contends that even though a typical Botox (onabotulinumtoxinA) treatment requires just 20 units, Allergan sold the drug exclusively in 100-unit vials for several years and that its sales reps encouraged physicians to use the vials on multiple patients. That practice is now condemned by the Centers for Disease Control and Prevention and state health agencies even though the majority of doctors still use a single vial on more than one patient. The suit, filed at the United States District Court, Central District of California, claims Allergan started selling Botox in 50-unit vials in 2008 “only after the hepatitis exposure in Nevada,” and that even with that revised packaging, the majority of the medication must be discarded after use, keeping costs and manufacturer profits high. Despite the common multiple patient use of vials a large amount of the medication is discarded daily because the shelf after reconstitution is only a few weeks.

November 13, 2012 Addendum:
Earlier this month the injunction filed in March was lifted permitting Merz to once again sell filler products Radiesse and Belotero. However the injunction against Xeomin, Merz’s Botox equivalent, remains in place until at least January 9, 2013.